Author: Alex Lukeman
The brutal death of a Swedish spy sends Nick Carter, Selena Connor and the Project team to Stockholm, where they find themselves pitted against a terrorist network hiding among the refugees flooding into the country. A fourth century artifact looted from the Middle East plunges the team into a search for the most elusive relic of Christendom: the Holy Grail. A prophecy warns that if the Grail falls into the wrong hands, it will bring about the End of Days. It's not just the project that's looking for the Grail: the murderous fanatics of ISIS are determined to find it. They'll stop at nothing to retrieve it. The Day of Judgment draws near and nuclear Armageddon threatens America. Time is running out. Finding the Grail is the only thing that can prevent disaster. Kings, emperors and thieves have searched for the cup for more than a thousand years, to no avail. All have failed. Will the Project succeed before it's too late? You won't want to put this book down.
Read online or download ebook
Found an error? 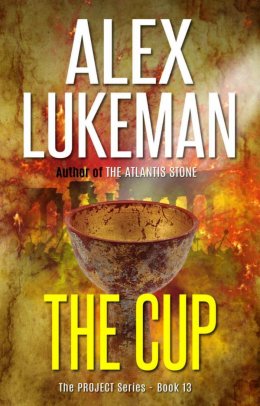