My books
Ebooks Library » Thriller » Only the Hunted Run

Author: Neely Tucker
"The test of a crime series is its main character, and Sully is someone we'll want to read again and again." – Lisa Scottoline "The test of a crime series is its main character, and Sully is someone we'll want to read about again and again." – Lisa Scottoline, The Washington Post "Fast-moving and suspenseful with an explosively violent conclusion." – Bruce DeSilva, Associated Press "Tucker's Sully Carter novels have quickly sneaked up on me as one of my favorite new series." – Sarah Weinman, "The Crime Lady" The riveting third novel in the Sully Carter series finds the gutsy reporter investigating a shooting at the Capitol and the violent world of the nation's most corrupt mental institution In the doldrums of a broiling Washington summer, a madman goes on a shooting rampage in the Capitol building. Sully Carter is at the scene and witnesses the carnage firsthand and files the first and most detailed account of the massacre. The shooter, Terry Waters, is still on the loose and becomes obsessed with Sully, luring the reporter into the streets of D.C. during the manhunt. Not much is known about Waters when he is finally caught, except that he hails from the Indian reservations of Oklahoma. His rants in the courtroom quickly earn him a stay at Saint Elizabeth's mental hospital, and the paper sends Sully out west to find out what has led a man to such a horrific act of violence. As Sully hits the road to see what he can dig up on Waters back in Oklahoma, he leaves his friend Alexis to watch over his nephew, Josh, who is visiting DC for the summer. Traversing central Oklahoma, Sully discovers that a shadow lurks behind the Waters family history and that the ghosts of the past have pursued the shooter for far longer than Sully could have known. When a local sheriff reveals the Waterses' deep connection with Saint Elizabeth's, Sully realizes he must find a way to gain access to the asylum, no matter the consequences.
Read online or download ebook
Found an error? 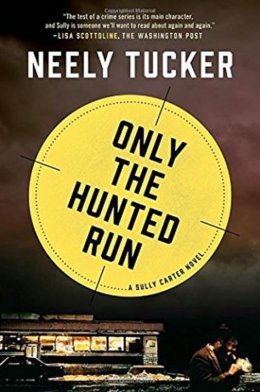