My books
Ebooks Library » Thriller » Night Of The Jaguar

Night Of The Jaguar

Author: Michael Gruber
Science and mysticism, nature and greed collide in this mind-bending, compulsively readable thriller from the author of Tropic of Night and Valley of Bones , hailed by the Washington Post as "miracles of intelligent fiction… among the essential novels of recent years." Deep in the jungles of Colombia, an American priest is shot dead in his makeshift church. A few weeks later an Indian shaman called Moie arrives in south Florida, armed only with a bag of totems and the fearsome power of Jaguar, his god. In Miami, retired detective Jimmy Paz, his wife, and his seven-year-old daughter are plagued by dreams of giant jungle cats that haunt both their sleeping and waking hours. When affluent Miami businessmen begin to die in gruesome fashion, the local police are baffled by the lack of clues – other than the massive, catlike footprints that appear at the scene of each murder. They turn to Paz, famous throughout the city for cracking open two previous, impossible-to-solve cases, and for reasons he doesn't dare share, he agrees to come out of his self-imposed retirement to track the killer. As Paz investigates, Moie finds refuge with a group of ecologically minded activists who treat the strange little man as a pet until they find out exactly what mission brought him to the United States and that it's somehow connected to the grisly murders that are occurring with frightening regularity. The deeper Paz digs into the case, the closer to home the danger gets: his investigation opens the door to his mysterious and shocking past and he slowly begins to realize that the dreams he and his family are having could mean the death of his beloved daughter. To save her life – and his own – he must reach into the deepest corners of his soul and find the strength to hold fast against the irresistible pull of the spirit world. Only Michael Gruber is capable of combining heart-stopping action with a ferociously intelligent examination of what makes us human, in novels that have been praised as "bold… provocative, and frightening" (USA Today) and "dazzling, literate and downright scary" (Cleveland Plain Dealer). Night of the Jaguar is an unforgettable blend of imagination, suspense, and thought-provoking inquiry into the nature of good and evil.
Read online or download ebook
Found an error? 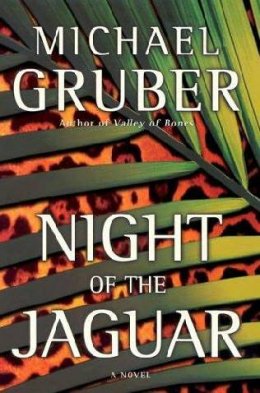