My books
Ebooks Library » Thriller » Speak of the Devil

Speak of the Devil

Author: Richard Hawke
"From first line to last, Speak of the Devil moves with a rare combination of intrigue and intensity. Its engine runs on high octane adrenalin. Richard Hawke delivers a winner." – Michael Connelly *** It’s a beautiful Thanksgiving morning in New York City. Perfect day for a parade, and Fritz Malone just happens to have drifted up Central Park West to take a look at the floats. Across the crowd-filled street he sees a gunman on a low wall, taking aim with a shiny black Beretta. Seconds later, the air is filled with bullets and blood. Fritz isn’t one to stand around and watch. A child of Hell’s Kitchen and the bastard son of a beloved former police commissioner, Fritz is all too familiar with the city’s rougher side. As the gunman flees into the park, Fritz runs after him. What he doesn't know is that he is also running into one of the most shocking and treacherous episodes of his life. Though Fritz assumed that chasing down bad guys is perfectly legal, the cops hustle him from the scene and deliver him to the office of the current commissioner, who informs Fritz that someone dubbed “Nightmare” has been taunting the city’s leaders for weeks, warning of an imminent attack on the citizenry. What’s worse, Nightmare has already let the officials know that the parade gunman was a mere foot soldier and that there’s more carnage to come unless the city meets his impossible demands. The pols don’t dare share this information with anyone – not even the NYPD. What they need for this job is an outside man. And in Fritz they think they've got one. Racing against the tightest of clocks, Fritz finds himself confounded by Nightmare’s multiple masks and messengers. The killer is simultaneously everywhere and nowhere. But as Fritz’s frantic investigation takes him from a convent in the Bronx to a hookers’ haven in central Brooklyn, the story behind the story – complete with wicked secrets on both sides of the law – begins to emerge. As Fritz zeroes in on the terrible, gruesome truth, the killer retaliates by making things personal, forcing Fritz to grapple with his deepest fear: sometimes nightmares really do come true. In his brilliantly paced and stunningly original debut, Richard Hawke delivers a tale of flawed and unforgettable people operating at the ends of their ropes. It’s literary suspense that doesn’t let go until the last page.
Read online or download ebook
Found an error? 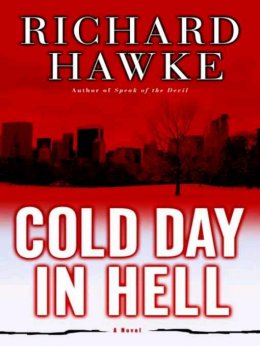 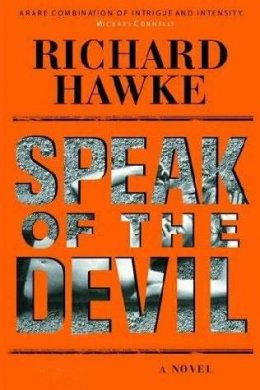