Author: James Born
"Enormously entertaining and enormously authentic." – John Sandford “BORN IS THE REAL THING.”-Elmore Leonard “A NEW STAR.”-W. E. B. Griffin “Born owns not only the know-how to spin a good story but also has the stylistic chops to back it up. By turns funny and suspenseful.”- Chicago Sun-Times “Born shows his skill at mixing quirky characters and wry humor into a serious plot in his second novel… Once again, Born excels at blending the police procedural with the caper novel.”- Fort Lauderdale Sun-Sentinel “Born’s latest novel bombards us with a constant blitz of Die Hard action and some good laughs, too… Readers will be riveted as they follow Tasker racing against the tick-tock of clocks attached to bombs throughout downtown Miami. It’s easy to lose track of time until you get to the end of Born’s memorable second book. Let’s hope he keeps ’em coming.” -The Miami Herald “Born masterfully combines dark humor and suspense in his explosively creative crime novel. The combination of fast pacing, strong characterization, and a vividly cinematic ending makes this a tough book to put down.” – Lansing State Journal “A winning protagonist… The plot of Shock Wave is tremendously entertaining, combining edge-of-your-seat action and suspense, an intriguing game of cat and mouse, and occasional passages of laugh-out-loud humor… Born is the best thing to happen to Florida crime writing since Elmore Leonard hit the Sunshine State. This guy is the real deal.” -Mystery Ink “Tough as bulletproof glass… top thrill work, with a Jerry Bruckheimer ending, much welcome humor, and the Bureau as Born’s tackling dummy.”-Kirkus Reviews Florida lawman James Born follows one of the most highly praised crime debuts of the year with a literally explosive novel of hunter and hunted. FDLE agent Bill Tasker, still smarting from a run-in with the FBI that almost got him killed, reluctantly teams up with the bureau again on a case involving a stolen Stinger missile. The op goes smoothly enough (though the feds take all the credit-what else is new?), but something about the whole setup just doesn't feel right to him. Tasker pokes around a bit-and stirs up more trouble than a nest of rattlesnakes: with his boss, with the FBI, with the ATF, and, worst of all, with a certain gentleman who loves to see things blow up… bigger and bigger things,as it turns out. The bomber hasn't killed anybody yet, but if this FDLE agent keeps interfering-well, there's always a first time, isn't there?
Read online or download ebook
Found an error? 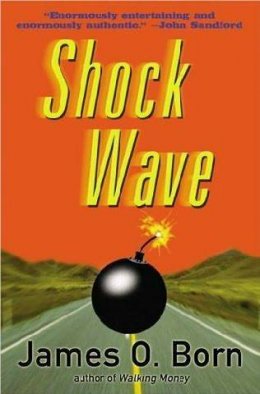