Author: T Parker
Los Angeles is gripped by the exploding celebrity of Allison Murietta, her real identity unknown, a modern-day Jesse James with the compulsion to steal beautiful things, the vanity to invite the media along, and the conscience to donate much of her bounty to charity. Nobody ever gets hurt-until a job ends with ten gangsters lying dead and a half- million dollars worth of glittering diamonds missing. Rookie Deputy Charlie Hood discovers the bodies, and he prevents an eyewitness-a schoolteacher named Suzanne Jones-from leaving the scene in her Corvette. Drawn to a mysterious charisma that has him off-balance from the beginning, Hood begins an intense affair with Suzanne. As the media frenzy surrounding Allison's exploits swells to a fever pitch and the Southland's most notorious killer sets out after her, a glimmer of recognition blooms in Hood, forcing him to choose between a deeply held sense of honor and a passion that threatens to consume him completely. With a stone-cold killer locked in relentless pursuit, Suzanne and Hood continue their desperate dance around the secrets that brought them together, unsure whether each new dawn may signal the day their lies catch up with them.
Read online or download ebook
Found an error? 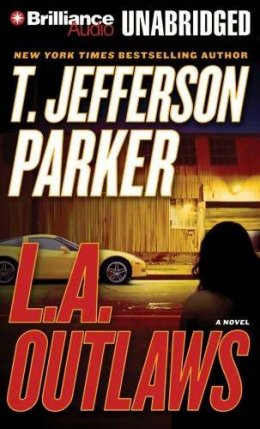