Author: Chris Jordan
In a small New York town, a deranged young man holds over one hundred school children hostage. and he blames the school for what he's about to do. After a tense, thirty-six-hour police standoff, the gymnasium suddenly explodes into flames. Fortunately, all the students have escaped. All, that is, save ten-year-old Noah Corbin. Noah's mother, Haley, is frantic. Was her boy killed in the explosion? Did he somehow wander away from the scene, hurt and confused? Did someone take him? Haley hires ex-FBI agent Randall Shane because she needs the truth, however devastating the answers may be. But as Randall investigates, Haley is forced to admit a dark family secret.one that leads to a desolate area of the Rocky Mountains, where an entire county is owned by a cult that controls the leaders of the community: businessmen, government officials, even the police. Men who have grown rich and powerful in their secrecy. A secrecy they are sworn to protect. No matter what.
Read online or download ebook
Found an error? 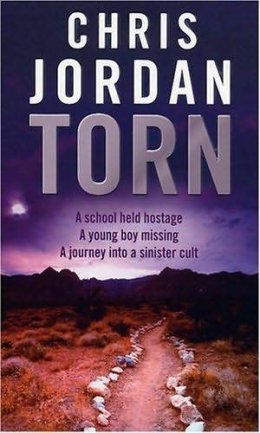