Author: Bernhard Schlink
“Arresting, philosophically elegant, morally complex… Mr. Schlink tells this story with marvelous directness and simplicity, his writing stripped bare of any of the standard gimmicks of dramatization.” – The New York Times “The best novel I read this year… an unforgettable short tale about love, horror and mercy.” – Neil Ascherson, Independent on Sunday Books of the Year “Breathtaking… a novel that sucks you in with its power, so that once you start to read, you cannot put it down. Truly exciting.” – Focus Munich “One of the most successful, one of the richest, one of the most overwhelming novels I have read for a very long time… entirely new and profoundly original.” – Jorge Semprun, Le Journal du Dimanche “Superb.” – Le Monde *** Originally published in Switzerland, and gracefully translated into English by Carol Brown Janeway, The Reader is a brief tale about sex, love, reading, and shame in postwar Germany. Michael Berg is 15 when he begins a long, obsessive affair with Hanna, an enigmatic older woman. He never learns very much about her, and when she disappears one day, he expects never to see her again. But, to his horror, he does. Hanna is a defendant in a trial related to Germany 's Nazi past, and it soon becomes clear that she is guilty of an unspeakable crime. As Michael follows the trial, he struggles with an overwhelming question: What should his generation do with its knowledge of the Holocaust? "We should not believe we can comprehend the incomprehensible, we may not compare the incomparable… Should we only fall silent in revulsion, shame, and guilt? To what purpose?" The Reader, which won the Boston Book Review's Fisk Fiction Prize, wrestles with many more demons in its few, remarkably lucid pages. What does it mean to love those people-parents, grandparents, even lovers-who committed the worst atrocities the world has ever known? And is any atonement possible through literature? Schlink's prose is clean and pared down, stripped of unnecessary imagery, dialogue, and excess in any form. What remains is an austerely beautiful narrative of the attempt to breach the gap between Germany 's pre- and postwar generations, between the guilty and the innocent, and between words and silence.
Read online or download ebook
Found an error? 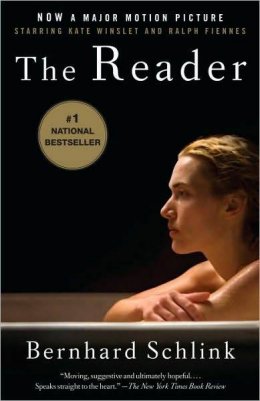