Author: Michele Martinez
A betrayed wife and dedicated mother suddenly forced to raise her six-month-old daughter alone, Melanie Vargas is also an ambitious, hard-working professional who has had to bite and claw for recognition in the federal prosecutor’s office. Then, while strolling with her baby girl on a steamy New York night, Melanie stumbles onto the kind of high-profile case that could make a career: the burning townhouse of a wealthy former prosecutor, its owner’s tortured, murdered corpse smoldering within. Melanie Vargas wants this chance – she needs it – and she’ll do whatever it takes to get it. But a headline-grabbing opportunity of a lifetime could cost Melanie more than she ever imagined, as it pulls her closer to a dangerous affair with a secretive, enigmatic FBI agent – and closer still to a sadistic human monster moving expertly through the city’s darkest shadows. *** “Michele Martinez’s Most Wanted is taut and crisp, as well-crafted a mystery as you’ll read this year.” – John Lescroart “Michele Martinez, a former New York prosecutor turned author, skillfully shows the promise of an exciting series in this debut. Most Wanted succeeds as an intense legal thriller, a police procedural, and a look at the treachery of the workplace, with a bit of romantic suspense added for good measure.” – Ft. Lauderdale Sun-Sentinel “ Martinez pairs a dedicated prosecutor with a streetwise cop in a city story of nonstop suspense. The pages turn in a blur! Edgy and fresh.” – Iris Johansen “ Martinez joins Linda Fairstein in the ranks of prosecutor turned authors, bringing real-life detail and emotion to this thriller.” – Library Journal “An effervescent debut thriller… Martinez has crafted an enormously appealing heroine and a breezy, entertaining tale.” – Publishers Weekly “Who but a former prosecutor could have created this bright and fearless heroine-in-peril? And I loved Martinez ’s edgy mix of New York grit and glamour, set to a galloping, can’t-put-it-down tempo. Most Wanted is an utter page-turner.” – Tess Gerritsen
Read online or download ebook
Found an error? 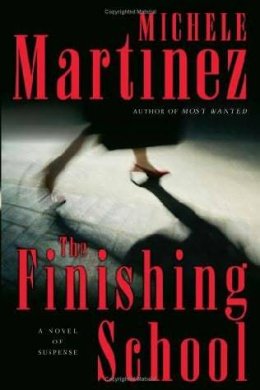 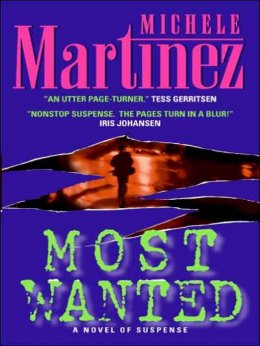