Author: Preston Child
The World Unity Organization is about to sign a peace treaty with the Meso-Arabian Kingdoms to cease military hostility for the first time in joint history. But German Luftwaffe officer Gerhardt Schmidt has other plans. By illegally procuring an ancient Mesopotamian artifact, the Babylonian Mask, he hopes to use the item to assume the identity of his superior in order to command a strike force to destroy the already fragile peace paradigm. With the historical event looming before him, Captain Schmidt has very little time to enact his plan, which is marred by the Mask’s unconventional protector. At the same time, Dr. Nina Gould has been admitted to the Heidelberg University Hospital for treatment of her radiation sickness and finds herself in the middle of a manhunt after two security guards and one doctor are slain by an unknown assailant hiding in the hospital building. The incidents are reported on global news and seen by her friends in Scotland. Sam Cleave is approached to cover a simple military corruption story in Germany, but soon finds that there is a lot more to the suspected conspiracy than originally thought. Concerned for Nina’s safety and accompanied by famed billionaire explorer Dave Purdue, Sam gets involved in a mad web of treachery, confusion and mistaken identity that ultimately leads to the secret of the ancient Mesopotamian relic Schmidt is willing to kill for. With the help of a German Air Force Lieutenant, another journalist, and the strange guardian of the Mask, Sam, Nina and Purdue are locked in a volatile race for time. The team spreads out over three countries to try and avert World War III, while the seconds tick down toward the signing of the treaty. At the root of it all lies man’s greed for power and the deadly lesson of The Babylonian Mask… A word from the author: The Babylonian Mask leads the reader on a roller-coaster ride in search of a legend. Packed with breathtaking suspense and nerve-shredding action, The Babylonian Mask is a thrilling read for all fans of action, suspense, and intrigue.
Read online or download ebook
Found an error? 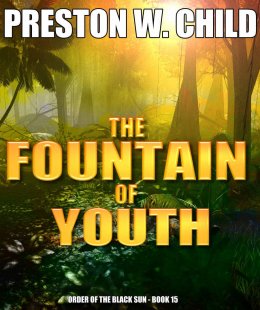 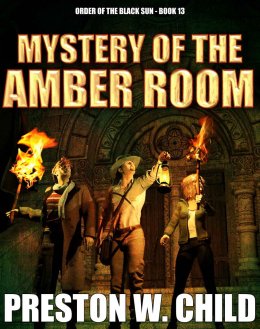 Mystery of the Amber Room