Author: John Sneeden
The Amazon #1 bestselling Delphi Group series is back in a shocking third installment! American archaeologist Dr. Richard Pauling disappears in Venice and is presumed dead. The United States government, anxious to learn who killed him and why, calls on the Delphi Group to investigate. Senior operative Zane Watson leads a team to Italy, where they make a startling discovery: Pauling had recently acquired a mysterious map of unknown origin and purpose. To the south, the underground vault of the Vatican Secret Archives is breached by a covert figure seeking an ancient relic shrouded in mystery. The Delphi team believes the map and the relic are somehow related, and they soon learn an ancient order is behind the intrigue. But where does the map lead? And why does the order want to get there so badly? As they follow the trail of clues, Zane and the others find themselves moving toward a dark and sinister destination. It’s a place of legend, and for some, a place of unspeakable horror. Soon, only one question remains: will they make it out alive?
Read online or download ebook
Found an error? 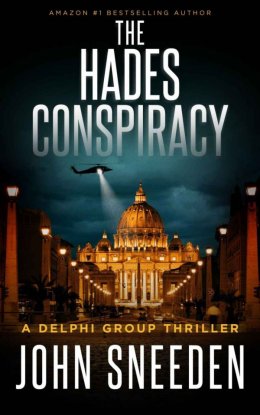