Author: James Patterson
From Publishers Weekly Themes from Patterson's popular adult titles When the Wind Blows and The Lake House waft through this YA thriller, the author's first in the genre. Wood stars as Maximum Ride, 14-year-old leader of a band of kids who have escaped the lab where they were bred as 98% human and 2% bird (wings being a key component) and developed a variety of other-worldly talents. In Patterson's unusual universe, Max and her young cohorts are soon forced to rescue one of their own-a girl named Angel-from a pack of mutant wolf-humans called Erasers. Wood nails Patterson's often adult-beyond-their-years dialogue with a jaded tone. But the result of this pairing makes Max sound more off-putting than cool or intriguing. The listening experience is stalled in the starting gate, keeping the action-adventure earthbound rather than high-flying. Ages 12-up. From School Library Journal Grade 7 Up-A group of genetically enhanced kids who can fly and have other unique talents are on the run from part-human, part-wolf predators called Erasers in this exciting SF thriller that's not wholly original but is still a compelling read. Max, 14, and her adopted family-Fang and Iggy, both 13, Nudge, 11, Gazzy, 8, and Angel, 6-were all created as experiments in a lab called the School. Jeb, a sympathetic scientist, helped them escape and, since then, they've been living on their own. The Erasers have orders to kill them so the world will never find out they exist. Max's old childhood friend, Ari, now an Eraser leader, tracks them down, kidnaps Angel, and transports her back to the School to live like a lab rat again. The youngsters are forced to use their special talents to rescue her as they attempt to learn about their pasts and their destinies. The novel ends with the promise that this journey will continue in the sequel. As with Patterson's adult mystery thrillers, in-depth characterization is secondary to the fast-moving plot. The narrative alternates between Max's first-person point-of-view and that of the others in the third person, but readers don't get to know Max very well. The only major flaw is that the children sound like adults most of the time. This novel is reminiscent of David Lubar's Hidden Talents (Tor, 1999) and Ann Halam's Dr. Franklin's Island.
Read online or download ebook
Found an error? 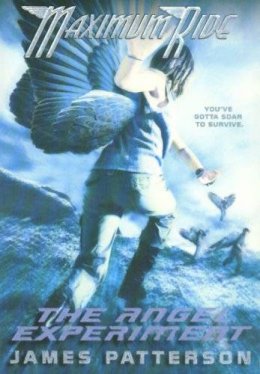