Author: Stuart Woods
From Publishers Weekly Woods's latest (after Palindrome) is a slick thriller set in Manhattan's Upper East Side, the stomping ground of Stone Barrington, a well-bred but unpretentious detective who, in a city of several million people, always ends up in the right place at the right time. Late one evening, as Stone trudges home from Elaine's Restaurant, popular TV newscaster Sasha Nijinsky plummets 12 stories from her terrace and lands on a heap of dirt 20 yards away from him-remarkably, still alive. Stone fails to apprehend the person who flees Sasha's penthouse and, after the ambulance carrying her collides with a fire truck, Sasha herself disappears. Despite the fact that no corpse is in evidence, the baffled NYPD eagerly pins a murder rap on Sasha's distraught lesbian lover. Stone refuses to accept his colleagues' pat solution and even maintains that Sasha might have survived thanks to skydiving training and her billowing, parachute-like robe. Bed-hopping TV newspeople, a sexy blonde judge sporting a red dress beneath her robes, a serial killer targeting cabbies and a creepy med-school dropout turned mortician who idolizes Sasha romp through this calculatedly melodramatic crime story all the way to its grisly B-movie finale. 75,000 first printing; $125,000 ad/promo; author tour.
Read online or download ebook
Found an error? 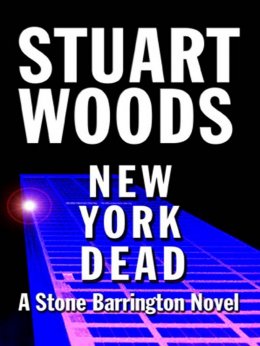