Author: Terry Pratchett
‘Anything you do in the past changes the future. The tiniest little actions have huge consequences. You might tread on an ant now and it might entirely prevent someone from being born in the future.’ There’s nothing like the issue of evolution to get under the skin of academics. Especially when those same academics are by chance or bad judgement deposited at a critical evolutionary turning point when one wrong move could have catastrophic results for the future. Unfortunately in the hands of such an inept and cussed group of individuals, the sensitive issue of causality is sadly only likely to receive the same scant respect that they show to one another… Annotations collected and edited by Leo Breebaart.
Read online or download ebook
Found an error? 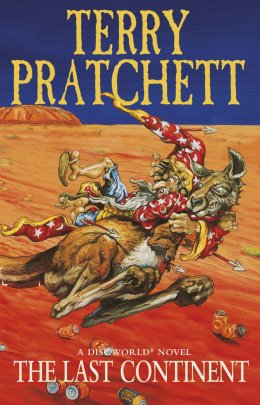