Author: Mark Del Franco
Laura Blackstone, public relations director for the Fey Guild, can spin a story with ease. Across town, Janice Crawford works her magic as the druidess backup for the D C SWAT. Meanwhile, as an operative for an international intelligence agency Mariel Tate uses her beauty and brains to hunt down terrorists. Laura, Janice, and Mariel have nothing in common — except they're the same woman... Being an undercover agent has its occupational hazards, but Laura makes it look easy. As a spy for a fey intelligence agency, she uses her magical abilities to create disguises that are skin deep — glamours, or personas, that must never be compromised. Now, while Laura publicizes a special fey exhibition at the National Archives, Janice is almost killed in a drug bust gone wrong, and Mariel discovers a connection between the drug raid and threats made against the exhibition's debut. Laura's different worlds are about to collide, and if she can't keep it together, she'll have more to worry about than being forced to retire an identity. She may lose her life.
Read online or download ebook
Found an error? 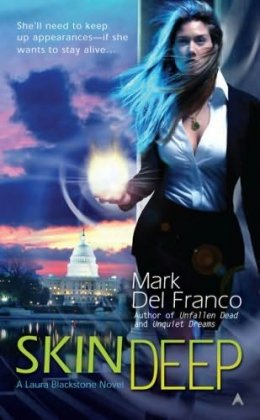