Author: Robin Becker
Becker's slender debut novella is an unusual take on the zombie genre: part Grapes of Wrath, part postmodern memoir. A virus outbreak turns millions of people into mindless zombies, and the remaining humans declare war on the undead. Zombified English professor Jack Barnes discovers that he has retained his memories and his consciousness. Joined by several other sentient zombies, Barnes sets off to find the virus's creator in hopes of presenting a treatise on zombie civil rights. Barnes's dogged entitlement and self-centeredness make him both uninteresting and unbearable, and while Becker's writing is crisp, the plot meanders like its characters, consisting of little more than cannibalistic feasts and tin-eared literary and pop culture references (Hell is other zombies; Perhaps life as a zombie is better than no life at all).
Read online or download ebook
Found an error? 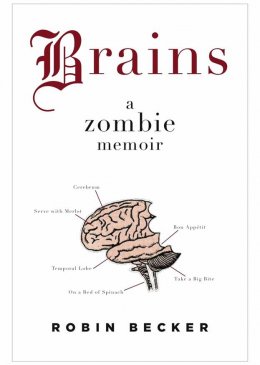