My books
Ebooks Library » Fantasy » The Dragons of Babel

The Dragons of Babel

Author: Michael Swanwick
A fantasy masterpiece from a five-time Hugo Award winner! A war-dragon of Babel crashes in the idyllic fields of a post-industrialized Faerie and, dragging himself into the nearest village, declares himself king and makes young Will his lieutenant. Nightly, he crawls inside the young fey's brain to get a measure of what his subjects think. Forced out of his village, Will travels with female centaur soldiers, witnesses the violent clash of giants, and acquires a surrogate daughter, Esme, who has no knowledge of the past and may be immortal. Evacuated to the Tower of Babel -- infinitely high, infinitely vulgar, very much like New York City -- Will meets the confidence trickster Nat Whilk. Inside the Dread Tower, Will becomes a hero to the homeless living in the tunnels under the city, rises as an underling to a politician, and meets his one true love - a high-elven woman he dare not aspire to. You've heard of hard SF: This is hard fantasy from a master of the form.
Read online or download ebook
Found an error? 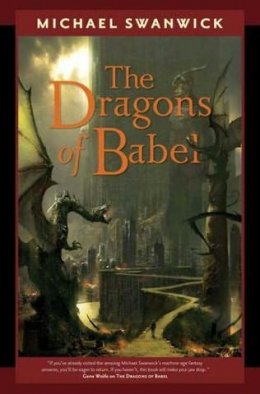