My books
Ebooks Library » Fantasy » The Clan of the Cave Bear

The Clan of the Cave Bear

Author: Jean Auel, Джин Ауэл
When her parents are killed by an earthquake, 5-year-old Ayla wanders through the forest completely alone. Cold, hungry, and badly injured by a cave lion, the little girl is as good as gone until she is discovered by a group who call themselves the Clan of the Cave Bear. This clan, left homeless by the same disaster, have little interest in the helpless girl who comes from the tribe they refer to as the "Others." Only their medicine woman sees in Ayla a fellow human, worthy of care. She painstakingly nurses her back to health-a decision that will forever alter the physical and emotional structure of the clan. Although this story takes place roughly 35,000 years ago, its cast of characters could easily slide into any modern tale. The members of the Neanderthal clan, ruled by traditions and taboos, find themselves challenged by this outsider, who represents the physically modern Cro-Magnons. And as Ayla begins to grow and mature, her natural tendencies emerge, putting her in the middle of a brutal and dangerous power struggle.Although Jean Auel obviously takes certain liberties with the actions and motivations of all our ancestors, her extensive research into the Ice Age does shine through-especially in the detailed knowledge of plants and natural remedies used by the medicine woman and passed down to Ayla. Mostly, though, this first in the series of four is a wonderful story of survival. Ayla's personal evolution is a compelling and relevant tale. -Sara Nickerson -This text refers to an out of print or unavailable edition of this title.
Read online or download ebook
Found an error? 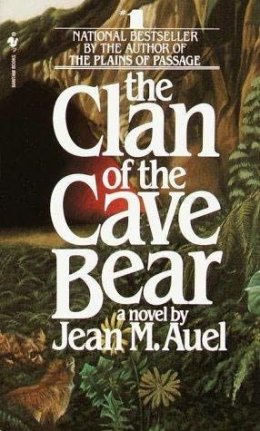