Author: David Weber
In The War God’s Own, Bahzell had managed to stop a war by convincing Baron Tellian, leader of the Sothōii, to “surrender” to him, the War God’s champion. Now, he has journeyed to the Sothōii Wind Plain to oversee the parole he granted to Tellian and his men, to represent the Order of Tomanâk, the War God, and to be an ambassador for the hradani. What’s more, the flying coursers of the Sothōii have accepted Bahzell as a windrider-the first hradani windrider in history. And since the windriders are the elite of the elite among the Sothōii, Bahzell’s ascension is as likely to stir resentment as respect. That combination of duties would have been enough to keep anyone busy-even a warrior prince like Bahzell-but additional complications are bubbling under the surface. The goddess Shīgū, the Queen of Hell, is sowing dissension among the war maids of the Sothōii. The supporters of the deposed Sothōii noble who started the war are plotting to murder their new leige lord and frame Bahzell for the deed. Of course, those problems are all in a day’s work for a champion of the War God. But what is Bahzell going to do about the fact that Baron Tellian’s daughter, the heir to the realm, seems to be thinking that he is the only man-or hradani-for her?
Read online or download ebook
Found an error? 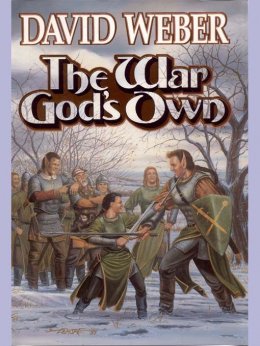 The War God's Own 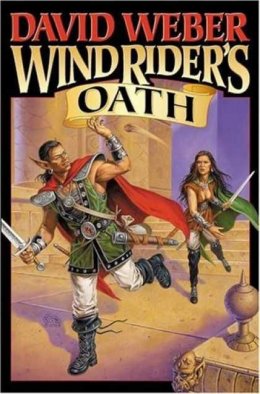