My books
Ebooks Library » Fantasy » Tale of the Fox

Tale of the Fox

Author: Harry Turtledove
Ever since the catastrophic Werenight isolated the Northlands from the Elabonian Empire, Gerin the Fox has hoped to settle down as the peaceful ruler of Fox Keep… but destiny seems to have other ideas. The Voice of the god Biton prophesies danger to the Northlands. Gerin has already beaten off invaders, both human and inhuman. But this time he faces an invasion by the Gradi, led by their cold, fierce gods. Gerin has to fight fire with fire by invoking all the supernatural help he can get from the capricious god Mavrix, the aloof but powerful Biton, and the more elemental gods of those who live beneath the ground. And just when things can't get worse-they get worse. Gerin's neighbor, Aragis the Archer, has made one provocative move after another, and Gerin reluctantly decides that war is inevitable. But suddenly, the Elabonian Empire again turns its unwelcome attention to the Northlands, which it regards as a subject territory. Gerin and Aragis are now allies against a common enemy… and a very formidable one, with forces that outnumber both their armies put together!
Read online or download ebook
Found an error? 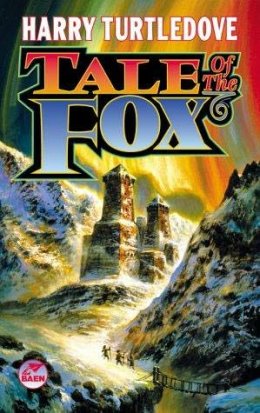