Author: Hope Mirrlees
Lud-in-the-Mist (1926) is the third novel by Hope Mirrlees, and the only one still in print as of 2005. It continues the author's exploration of the themes of Life and Art, by a method already described in the preface of her first novel, Madeleine: One of Love's Jansenists (1919): "to turn from time to time upon the action the fantastic limelight of eternity, with a sudden effect of unreality and the hint of a world within a world".Whereas in Madeleine and The Counterplot Mirrlees took from historical figures, religions and literature the elements with which to build her stage, her use of a secondary-world setting in Lud-in-the-Mist links it to a tradition of high fantasy, and thence to its current locus of popularity. In 1970, an American reprint appeared without the author's permission, as part of the Ballantine Adult Fantasy series. It was subsequently reprinted by Orion Books in 2000 as part of their Fantasy Masterworks series[1]. But Lud-in-the-Mist's unconventional elements, equally responsible for its appeal to the fantasy readership and distinction within the genre, are better-understood if they are taken in the context of her whole oeuvre.In this novel, the law-abiding inhabitants of Lud-in-the-Mist, a city located at the confluence of the rivers Dapple and Dawl, in the fictional state of Dorimare, must contend with the influx of fairy fruit from the bordering Land of Faerie, whose presence they had sought to deny from their rational existence. Their mayor, the respectable Nathaniel Chanticleer, finds himself quite reluctantly at the center of the conflict.Lud-in-the-Mist begins with a quotation by Jane Harrison, whose influence is also found in Madeleine and The Counterplot. It is dedicated to the memory of Mirrlees's father.
Read online or download ebook
Found an error? 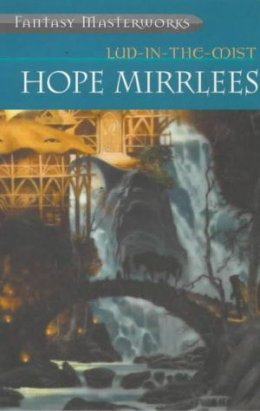