Author: John Ringo, Tom Kratman
The Posleen are coming and the models all say the same thing: Without the Panama Canal, the US is doomed to starvation and defeat. Despite being overstretched preparing to defend the US, the military sends everything it has left: A handful of advanced Armored Combat Suits, rejuvenated veterans from the many decades that Panama was a virtual colony and three antiquated warships. Other than that, the Panamanians are on their own. Replete with detailed imagery of the landscape, characters and politics that have made the jungle-infested peninsula a Shangri-La for so many over the years, is a hard-hitting look at facing a swarming alien horde with not much more than wits and guts. Fortunately, the Panamanians, and the many veterans that think of it as a second home, have plenty of both.
Read online or download ebook
Found an error? 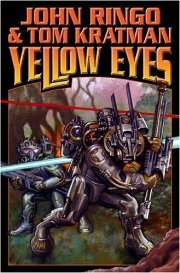