Author: Robert Sawyer
Canadian author Robert Sawyer once again presents likable characters facing big ethical dilemmas in this smoothly readable near-future SF novel. Astronomer Sarah Halifax, who translated the first message from aliens and helped prepare humanity’s response, is 87 when the second, encrypted message arrives 38 years later. To aid the decoding, a tycoon buys rejuvenation treatment for Sarah and Don, her husband of 60 years; however, only Don becomes young again. While coping with the physical indignities of old age, Sarah tries to figure out the puzzle of the second message. The bond between Don and Sarah continues, even while Don is joyfully and guiltily discovering the pleasures of living in a young body again. They want to do what’s right for each other and the rest of humanity — for the aliens, too — if they can figure out what “right” could be. By its nature, a story about moral choices tends to get talky, but the talk is intelligent and performed by sympathetic and believable people.
Read online or download ebook
Found an error? 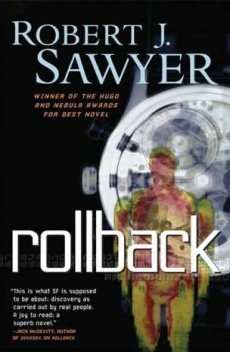