My books
Ebooks Library » Science Fiction » Slaves of The Klau

Slaves of The Klau

Author: Jack Vance
Slaves of The Klau by Jack Vance is a short but very intense novel. A lowly, though rebellious human servant to an advanced alien is seized and taken into the most desperate slavery under utterly ruthless masters. His initial attempts at escape turn into an ongoing journey of personal development as his mental strength and power grow to enable him to take command of increasingly complex and hazardous situations. The story is completely believable and consistent, as the hero fights to overcome setback after setback. It is wonderfully woven between the different personalities of a number of alien races, a highly technological future, and intergalactic war. Very clever ideas, very visual, delightfully written. This is a timeless piece. It has been on my bookshelf for nearly thirty years and has been read many times.
Read online or download ebook
Found an error? 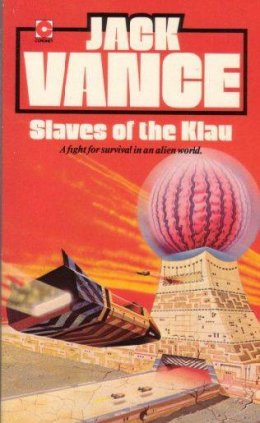