Author: Ken Liu, Chen Qiufan, Xia Jia, Ma Boyong, Hao Jingfang, Tang Fei, Cheng Jingbo, Liu Cixin
Readers at Tor and around the SF world have recently become familiar with Ken Liu and his Chinese translation work via the bestselling and award nominated novel , by acclaimed Chinese author Cixin Liu. Readers who have developed a taste and excitement for Chinese SF by these means will be excited to hear that Ken Liu, the translator of that volume is assembling, translating, and editing an anthology of Chinese science fiction short stories. The thirteen stories in this collection are a strong and diverse representation of Chinese science fiction, including two by Liu Cixin. Some have won awards in translation, some have garnered serious critical acclaim, some have been selected for Year’s Best anthologies, and some are simply Ken Liu’s personal favorites. To round out the collection, there are several essays from Chinese scholars and authors, plus an illuminating introduction by Ken Liu. At the Publisher’s request, this title is being sold without Digital Rights Management Software (DRM) applied.
Read online or download ebook
Found an error? 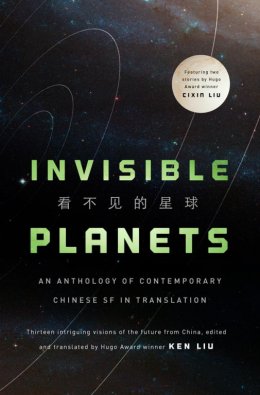