Author: Tony Burgess
In the end, the zombie apocalypse was nothing more than a waste disposal problem. Burn them in giant ovens? Bad optics. Bury them in landfill sites? The first attempt created acres of twitching, roiling mud. The acceptable answer is to jettison the millions of immortal automatons into orbit. Soon earth’s near space is a mesh of bodies interfering with the sunlight and having an effect on our minds that we never saw coming. Aggressive hypochondria, rampant depressive disorders, irresistible suicidal thought—resulting in teenage suicide cults, who want nothing more than to orbit the earth as living dead. Life on earth has slowly become not worth living. And death is no longer an escape. Praise for Horror can be a hard thing to recommend. What might be standard fare for one reader is far beyond the boundaries of another, and gleefully probes and pulls apart whatever comfort zones it encounters. With a fresh take on the undead genre and excellent execution—horror delivered with all the craft of literary fiction—the book is a finely wrought and exciting work, but one that has the capacity to disarm, disgust and profoundly distress. For a test of literary hard limits, and an exploration of the darker aspects of the human imagination, excels. Just as the post-cataclysmic world Burgess builds creates a crucible in which the human mind is melted down, the reading experience is similarly harrowing. It’s a novel that’s inflicted upon the reader. —
Read online or download ebook
Found an error? 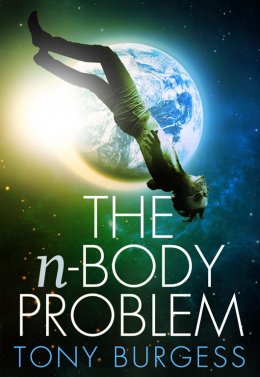