When China Rules the World

Author: Martin Jacques
For well over two hundred years we have lived in a western-made world, one where the very notion of being modern is inextricably bound up with being western. The twenty-first century will be different. The rise of China, India and the Asian tigers means that, for the first time, modernity will no longer be exclusively western. The west will be confronted with the fact that its systems, institutions and values are no longer the only ones on offer. The key idea of Martin Jacques's ground-breaking new book is that we are moving into an era of contested modernity. The central player in this new world will be China. Continental in size and mentality, China is a 'civilisation-state' whose characteristics, attitudes and values long predate its existence as a nation-state. Although clearly influenced by the west, its extraordinary size and history mean that it will remain highly distinct, and as it exercises its rapidly growing power it will change much more than the world's geo-politics. The nation-state as we understand it will no longer be globally dominant, and the Westphalian state-system will be transformed; ideas of race will be redrawn. This profound and far-sighted book explains for the first time the deeper meaning of the rise of China. *** China Digital Times Book Review: When China Rules the World “When you’re alone and life is making you lonely, you can always go: downtown.” So warbled the British singer, Petula Clark in the 1960s. However, today if solitude is your constant companion, I would suggest that you purchase a copy of this riveting book and read it on the bus and in airports — as I have been doing in recent days, with the dramatic words on the bright red cover of this weighty tome blaring insistently — and no doubt you will find, as I have, that your reading reverie will be constantly interrupted by a stream of anxious interlopers curious to know what the future may hold. For like Petula Clark, the author too hails from London, though the startling message he brings decidedly differs from her melancholy intervention. For it is the author’s conclusion that sooner rather than later, China — a nation ruled by a Communist Party — will have the most sizeable and powerful economy in the world and that this will have manifold economic, cultural, psychological (and racial) consequences. Strangely enough, Jacques — one of the better respected intellectuals in the North Atlantic community — does not dwell upon how this monumental turn of events occurred. To be sure, he pays obeisance to the leadership of Comrade Deng Xiaoping, who in 1978, opened China’s economy to massive inward foreign direct investment, which set the stage for the 21st Century emergence of the planet’s most populous nation. Yet, for whatever reason, Jacques — who once was a leading figure in the British Communist Party — does not deign to detail to the gentle reader how Beijing brokered an alliance with US imperialism, that helped to destabilize their mutual foe in Moscow, which prepared the path for the gargantuan capital infusion that has transformed China and bids fair to do the same for the world as a whole. Still, it is noteworthy that this book’s back-cover carries blurbs from the conservative economic historian, Niall Ferguson of Harvard (Henry Kissinger’s authorized biographer); the leading historian, Eric Hobsbawm; the well-known Singaporean intellectual and leader, Kishore Mahbubani (who has written a book that mirrors Jacques’ earthshaking conclusions); and a raft of Chinese thinkers who do not seem displeased nor surprised by his findings.
Read online or download ebook
Found an error? 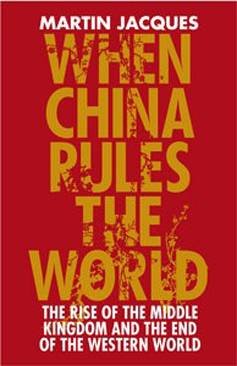