When the United States Invaded Russia

Author: Carl Richard
In a little-known episode at the height of World War I, President Woodrow Wilson dispatched thousands of American soldiers to Siberia. Carl J. Richard convincingly shows that Wilson’s original intent was to enable Czechs and anti-Bolshevik Russians to rebuild the Eastern Front against the Central Powers. But Wilson continued the intervention for a year and a half after the armistice in order to overthrow the Bolsheviks and to prevent the Japanese from absorbing eastern Siberia. As Wilson and the Allies failed to formulate a successful Russian policy at the Paris Peace Conference, American doughboys suffered great hardships on the bleak plains of Siberia. Richard argues that Wilson’s Siberian intervention ironically strengthened the Bolshevik regime it was intended to topple. Its tragic legacy can be found in the seeds of World War II—which began with an alliance between Germany and the Soviet Union, the two nations most aggrieved by Allied treatment after World War I—and in the Cold War, a forty-five year period in which the world held its collective breath over the possibility of nuclear annihilation. One of the earliest U.S. counterinsurgency campaigns outside the Western Hemisphere, the Siberian intervention was a harbinger of policies to come. Richard notes that it teaches invaluable lessons about the extreme difficulties inherent in interventions and about the absolute need to secure widespread support on the ground if such campaigns are to achieve success, knowledge that U.S. policymakers tragically ignored in Vietnam and have later struggled to implement in Iraq and Afghanistan.
Read online or download ebook
Found an error? 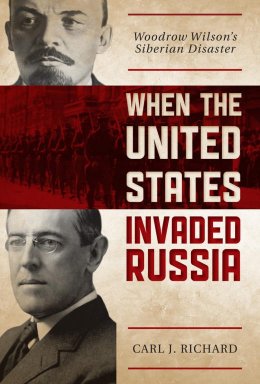