Author: John Fowles
The Magus (1966) is the first novel written (but second published) by British author John Fowles. It tells the story of Nicholas Urfe, a teacher on a small Greek island. Urfe finds himself embroiled in psychological illusions of a master trickster that become increasingly dark and serious. The novel was a bestseller, partly because it tapped successfully into—and then arguably helped to promote—the 1960s popular interest in psychoanalysis and mystical philosophy.
Read online or download ebook
Found an error?

The Ruby In Her Navel 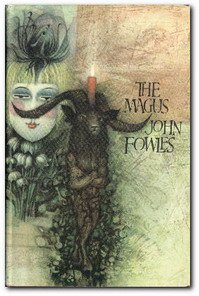