Author: Chelsea Handler
Oh Chelsea, how do I love thee… Seriously, I cannot get enough of Chelsea Handler. She first made it onto my radar when she would make guest appearances on VHI shows such as Best of the and Best Week Ever. Then she got her own show, Chelsea Lately, on E! and it was over for me. I became a devoted fan. Handler’s written three books, this one being the newest (released this month) and I have read all three. Her first, My Horizontal Life: A History of One Night Stands, killed me. In a good way. The crap she gets herself into is laughable, especially given the fact that she has absolutely NO censor and will tell a good story whether it sheds her in a good light or not. Handler’s second book was just as funny, although, like this book, it didn’t have the same connecting factor. Both Chelsea Chelsea, Bang Bang and Are You There Vodka, It’s Me, Chelsea involve stories from Handler’s life, both growing up and as an adult. Undoubtedly, the best “character” in the books, especially in CCBB is Handler’s father, Melvin. Melvin is an over-the-top eccentric and trying to talk sense into him is an impossible effort. Melvin’s stubborness is especially apparent in the chapter “Dear Asshole”, in which Melvin rents out his dilapidated vacation home to unsuspecting vacationers. After spending a week in what can only be described a hell hole, the renters send Melvin a multiple page letter describing the most awful living conditions one could imagine in a vacation home, such as a broken refrigerator with liquified squid dripping from the freezer. The letter from the renters makes its way between Handler and her siblings, who are all mortified. However, their father sees nothing wrong with the living conditions and believes the renters are just making a stink over nothing. His obstinancy was unbelievable and quite humerous. If you’ve enjoyed Handler’s previous books, this is one that can’t be missed. Now, if you are new to Handler, I would suggest any of her three books to read. They are all ridiculously funny and entertaining. In closing, here is a picture of me and two of my sisters at a book signing for Are You There Vodka, It’s Me Chelsea. I am the one in the middle. I think my enthusiasm is obvious!
Read online or download ebook
Found an error? 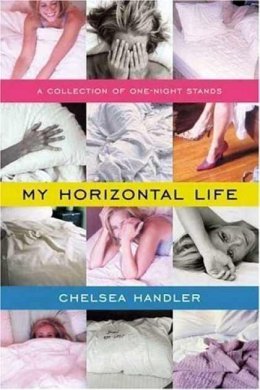 My Horizontal Life: A 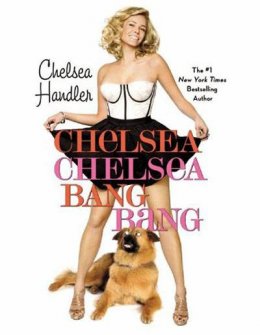