My books
Ebooks Library » Contemporary Prose » The Lost Dogs: Michael Vick's Dogs and Their Tale of Rescue and Redemption

The Lost Dogs: Michael Vick's Dogs and Their Tale of Rescue and Redemption

Author: Jim Gorant
Expanding on his Sports Illustrated cover story, Gorant (Fanatic) offers a chilling investigation into Michael Vick' s dog-fighting operation and the men and women who brought him to justice and rehabilitated the rescued dogs. Gorant outlines the rise of Bad Newz Kennels, describing in sometimes painful detail the abuse, torture, and execution of the animals-particularly disturbing is an episode in which Vick and a friend swing a failed fighting dog over their heads like a jump rope and kill it by repeatedly slamming it into the ground-and tracing the rescue of dozens of pit bulls seized from Vick' s property. Gorant outlines the efforts to save these animals from euthanasia, challenging the negative public perceptions of pit bulls and reporting back on the status of dogs like Sox (now a certified therapy dog), Zippy (adopted by a family of five), and Iggy (still shy but growing comfortable with his adopted circle of friends). At a time when Vick has returned to professional football and much of the public outcry about Bad Newz Kennels has been forgotten, this book provides a stark reminder about the horror and prevalence of dog fighting.
Read online or download ebook
Found an error? 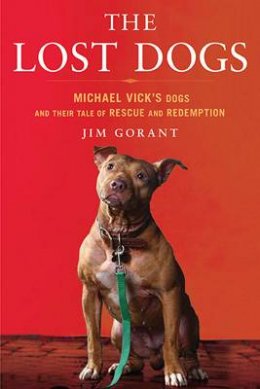