Author: Atiq Rahimi
Rahimi (Earth and Ashes) won the 2008 Prix Goncourt for this brief, melodramatic novel set amid factional violence somewhere in Afghanistan or elsewhere. It follows the circumscribed movements of a Muslim woman largely confined to the house where she nurses her comatose husband, who's been shot by a fellow jihadist. A humorless, inflammatory mullah pays the woman unwelcome visits, and sexually menacing soldiers break into her house. Though such events generate tension and drama, the novel's cultural and historical milieu lacks specificity, and Rahimi may have erred in sketching the story's political context vaguely. For some readers, his intimate attention to objects and spaces may compensate for the grating confessional tenor that develops later, when the narrator divulges damning secrets to her husband's unresponsive body and fulfilling the book's premise a little too obviously by referring to him as her patience stone. McLean 's translation is faultless, but the narrator's reminiscences feel stilted; the patience-stone conceit borders on gimmickry; and incidents of a violent or sexual nature seem overdetermined.
Read online or download ebook
Found an error? 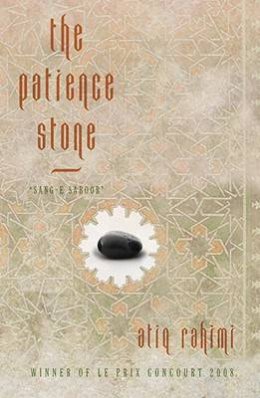