Author: Tim Gautreaux
The author of The Clearing now surpasses himself with a story whose range and cast of characters is broader still, with the fate of a stolen child looming throughout. After World War I, Sam Simoneaux returns to New Orleans determined to leave mayhem and destruction behind, and to start anew with his wife years after losing a son to illness. But when a little girl disappears from the department store where he works, he has no recourse but to join her musician parents on a Mississippi excursion steamboat, hoping to unearth clues somewhere along the river. Though ill-prepared for this rough trade in hamlets where neither civilization nor law is familiar, he enforces tolerable behavior on board and ventures ashore to piece together what happened to the girl – making a discovery that not only endangers everyone involved but also sheds new light on the murder of his own family decades before. Against this vivid evocation of a ragged frontier nation, a man fights to redeem himself, parents contend with horrific loss, and others consider kidnapping either another job or a dream come true. The suspense – and the web of violence linking Sam to complete strangers – is relentless, compelling, and moving, the finest demonstration yet of Gautreaux's understanding of landscape, history, and human travail and hope.
Read online or download ebook
Found an error? 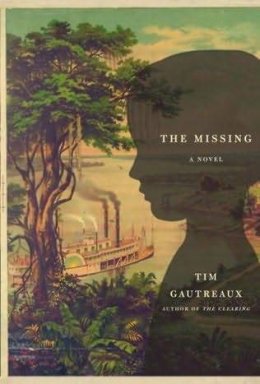