Author: Liza Alexandrova-Zorina
A group of gangsters takes a complete control of a little town in the sticks. Defending his daughter the protagonist accidentally shoots their chief and walks away in full view of the crowd. He hides in the forest living with the Saami deer-breeders and is completely transformed from a nonentity to a people's avenger, killing the corrupt mayor and the chief of police. The townsfolk are first overjoyed, but when a prize is offered for his head they compete to turn him in to the police. In the end, his murders are put down to the local factory owner who needs to be removed and the town returns to its normal life controlled by new gangsters. This action-packed novel that echoes Crime and Punishment shows how people would rather withstand the known evil than fight for change. From Russian press reviews: «live dialogues, vivid imagery, striking metaphors», «colorful ethnographic details», «merciless and beautiful prose, pithy and precise, leaves no one unmoved»; «a frightening vision of Russia by a young and talented author — this is how the young generation see their country.»
Read online or download ebook
Found an error? 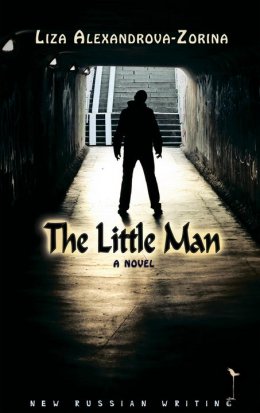