Author: Jodi Picoult
Want to receive a free physical copy of Shine? Simply pre-order Jodi Picoult's new novel Small Great Things in hardback and go to www.jodipicoult.co.uk to enter your details. Jodi Picoult introduces characters from her new novel SMALL GREAT THINGS in this original short story. Dalton is the school of the rich and famous, and it's eight-year-old Ruth Brooks's first day. Growing up in Harlem she never dreamed she'd be given this opportunity, and she's determined not to waste it. But right from her first lesson Ruth is treated differently. The harder she tries, the clearer it becomes that to some people it's not the similarities that matter, but the differences – and there are plenty of those between Ruth and her new classmates. As the days pass, she has a difficult lesson to learn: being in this new world is not the same as becoming a part of it – and becoming a part of it is starting to feel impossible. Ruth's eye-opening story continues in Jodi Picoult's astounding new novel Small Great Things.
Read online or download ebook
Found an error? 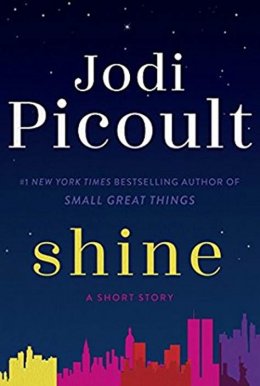