Author: Mark Winegardner
Even before you open the book, the stark red, white and black cover sparks the strains of Nino Rota's "The Godfather Waltz" begin playing in your mind. Mark Winegardner has been granted to task of writing a sequel to Mario Puzo's essential 1969 novel The Godfather, a novel which not only must pick up the story of that book, but must also fit the characters and situations Puzo, Francis Ford Coppola, Al Pacino, and others traced through three epic films. The result in The Godfather Returns. Perhaps most of Winegardner's readers will be more familiar with the films than with the novel, which followed several different characters, many of whom, such as Johnny Fontane or Lucy Mancini, are only peripheral to the films. Winegardner returns to Puzo's novel to follow several different characters. Taking a technique for the second film, however, he also moves through time to present Michael Corleone's story before the first film, between the first two films, and between the second and third films. Winegardner's decisions to fill in the blanks between the films is one of the weaknesses of The Godfather Returns. The films left out much of the empire building Michael had to do between them in his attempt to go legitimate. While Winegardner manages to add interesting layers of intrigue to Michaels' quest, and to the characters who surround him, the novel really works best when the characters are engaging in mafioso wheeling and dealing. One of the strengths of Puzo's work was the characters he made come to life, and Winegardner does an excellent job not only with the lives of Puzo's characters, but with his own. Just as Puzo eventually picked up the story of Santino's son, Vincent, in "The Godfather, Part III," Winegardner also elects to follow Santino's offspring, in this case his twin daughters, as they take their first steps at breaking from the family business. Fredo, a pivotal character in the first two films, is actually fleshed out in The Godfather Returns, in which Winegardner adds to the appetites he exhibits in the first films and gives a deeper look into his need to become his own man and gain his older brother's approval. The central character to the novel, however, is Nick Geraci, a member of the Corleone family who, Winegardner reveals, becomes the button man who killed Sal Tessio, his mentor. After proving his loyalty to the Corleones, it is clear that Geraci will eventually turn on the family as he tries to strike out on his own, setting up an eventual confrontation with Michael. Although it is clear Michael will be victorious, the cost of his victory helps build tension. In many ways, Winegardner manages to recapture the style and spirit of Puzo's original novel. Nevertheless, there is the feeling that something is missing from The Godfather Returns. Winegardner successfully captures every individual aspect of Puzo's work, whether in the original novel or the films, but there is a magic beneath it that is missing. Despite missing the Puzo magic, The Godfather Returns is a welcome reintroduction to the Corleone clan. Steven H Silver
Read online or download ebook
Found an error? 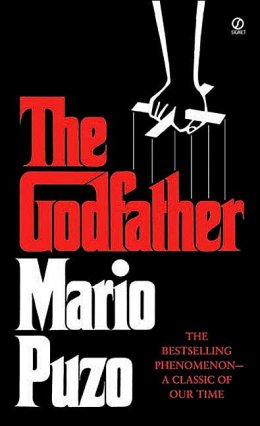