My books
Ebooks Library » Contemporary Prose » Waiting For The Barbarians

Waiting For The Barbarians

Author: J. Coetzee
"[A] distinguished piece of fiction…[Its] power of historical immediacy gives the novel its thrust, its larger and, if you wish, 'universal' value." The New York Times "I have known few authors who can evoke such a wilderness in the heart of man. He is an artist of a weight and depth that put him beyond ordinary comparisons…Coetzee knows the elusive terror of Kafka." Bernard Levin, Sunday Times (London) "The novel moves between claustrophobic enclosures and arid, exquisitely rendered open spaces that reveal treacherous trap-doors…The book keeps us on edge, uneasy." Walter Clemons, Newsweek "The book makes for compelling reading, largely due to the successful use of the present tense throughout and the vivid presentation of unfolding events." World Literature Today Moving and powerful, this book presents the dark tale of an aging magistrate in an African frontier settlement, who finds himself becoming increasingly sympathetic toward the indigenous "barbarians" that the colonial empire's forces brutalize. For decades the Magistrate has been a loyal servant of the Empire, running the affairs of a tiny frontier settlement and ignoring the impending war with the barbarians. When interrogation experts arrive, however, he witnesses the Empire's cruel and unjust treatment of prisoners of war. Jolted into sympathy for their victims, he commits a quixotic act of rebellion that brands him an enemy of the state. J. M. Coetzee's prize-winning novel is a startling allegory of the war between opressor and opressed. The Magistrate is not simply a man living through a crisis of conscience in an obscure place in remote times; his situation is that of all men living in unbearable complicity with regimes that ignore justice and decency.
Read online or download ebook
Found an error? 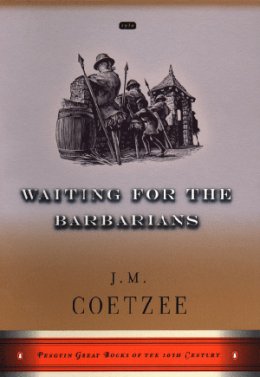