My books
Ebooks Library » Classics » Bartleby, The Scrivener A Story of Wall-Street

Bartleby, The Scrivener A Story of Wall-Street

Author: Herman Melville
Bartleby the Scrivener (1853), by Herman Melville, tells the story of a quiet, hardworking legal copyist who works in an office in the Wall Street area of New York City. One day Bartleby declines the assignment his employer gives him with the inscrutable "I would prefer not." The utterance of this remark sets off a confounding set of actions and behavior, making the unsettling character of Bartleby one of Melville's most enigmatic and unforgettable creations.  Herman Melville towers among American writers not only for his powerful novels, but also for the stirring novellas and short stories that flowed from his pen. Two of the most admired of these - `Bartleby` and `Benito Cereno` - first appeared as magazine pieces and were then published in 1856 as part of a collection of short stories entitled `The Piazza Tales`. `Bartleby` (also known as `Bartleby the Scrivener`) is an intriguing moral allegory set in the business world of mid-19th-century New York. A strange, enigmatic man employed as a clerk in a legal office, Bartleby forces his employer to come to grips with the most basic questions of human responsibility, and haunts the latter`s conscience, even after Bartleby`s dismissal. `Benito Cereno`, considered one of Melville`s best short stories, deals with a bloody slave revolt on a Spanish vessel. A splendid parable of man`s struggle against the forces of evil, the carefully developed and mysteriously guarded plot builds to a dramatic climax while revealing the horror and depravity of which man is capable. Reprinted here from standard texts in a finely made, yet inexpensive new edition, these stories offer the general reader and students of Melville and American literature sterling examples of a literary giant at his story-telling best.
Read online or download ebook
Found an error? 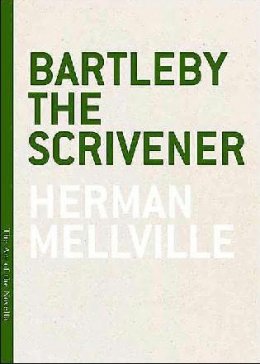