Author: Charles Dickens
The Pickwick Papers was Charles Dickens’s first and personal favourite novel. It was serialised under the title “The Posthumous Papers of the Pickwick Club” between April 1836 and November 1837 when its author was only in his mid-twenties. Unlike some of his later works it is extremely episodic and comic. It always shows its origins in a periodical with its cliff-hangers and the way Dickens changes the story and various characters’ position in the novel as it grows and according to their popularity (such the Wellers). Mr Samuel Pickwick is the founder and chairman of the absurd Pickwick Club which consists of Tupman, Snodgrass and Winkle who go through various amusing and often quite ridiculous adventures that are scantily interconnected and never amount to a complex sequence of events until perhaps Pickwick’s disastrous misunderstanding with Mrs Bardell.
Read online or download ebook
Found an error? 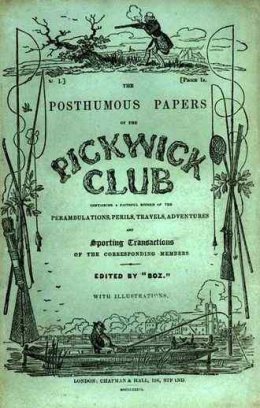