Fangs But No Fangs

Author: Kathy Love
If I hadn't seen it for myself, I'd swear it couldn't be true: my brother, Christian, living in a trailer park and working at a karaoke bar. W're talking about the snob who'd probably sniff the plasma packets and 'em back in huff if the blood type wasn't the right vintage. But after centuries of living in the undead fast lane, he's made up his mind that this is exactly where he needs to spend the rest of eternity, atoning for his many, many sins. But sometimes things just don't work out like you think they will. Sometimes, your hell can turn into your heaven. And thanks to Christian's chatty neighbour and boss, Jolee, things seem to be getting a whole lot nicer in Shady Fork Mobile Estates. Not that either of them has the first idea how to have a normal relationship—we are talking about a woman who's only dated dead-beats, and a guy who's only dated the dead. Well, nobody's perfect.
Read online or download ebook
Found an error? I Only Have Fangs For You 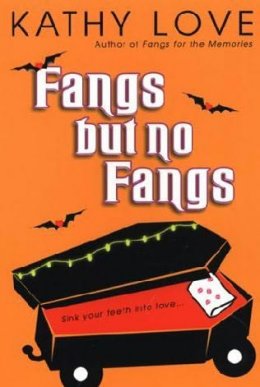