Author: Margrett Dawson
Bella Donna By Margrett Dawson Sequel to SECRET SERVICES Lady Emma Houndsdale has sworn off men, casual sex and a free-wheeling lifestyle in 1930's England. But when her cruise ship sinks off the coast of Mussolini's Italy and she is mistaken for her dead maid, she finds herself the prisoner of a dashing and dangerous rogue with secrets all his own. Marco Antonioni whisks her from her life of sheltered privilege into a world of risk, lust, and betrayal, where every move is a test of loyalty. He opens her eyes to sensuous delights and forces her to reevaluate all she has known about men and life. Together they dance through passion and danger in a land rife with volatile politics.
Read online or download ebook
Found an error? 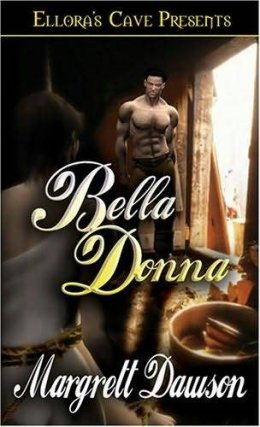