Author: Dick Francis, Felix Francis
The Grand Master returns in prize-winning form Geoffrey Mason did it for the money. It is obvious that his client Julian Trent is guilty, and it's about time rich boy Trent is taught a lesson for his violent ways. The only thing still bothering Geoff is that he is going to miss participating in the Foxhunter Steeplechase – the 'Gold Cup' for amateur riders – because the trial has taken a lot longer than expected. Although still an amateur, Geoff is well known (as 'Perry' Mason) among the pro riders, including Steve Mitchell and Scot Barlow – arguably the two top pros. So when Scot Barlow is murdered – with Mitchell's pitchfork nonetheless – Geoff finds himself pulled into the case as a junior barrister. The problem is: which side is he on? Mitchell claims he has been framed, but Geoff knows there was tension between Mitchell and Barlow; in fact, Geoff stumbled across Barlow beaten and bloody not too long ago, and Barlow claimed it was Mitchell who had done the dirty work. To make matters worse, Julian Trent has somehow finagled is way out of prison and has sworn to hunt down Geoff unless he's a 'good little lawyer' and does what he's told in the Mitchell case. Geoff is left facing adversaries from all sides, tearing him between doing what is right and what will keep him alive.
Read online or download ebook
Found an error? 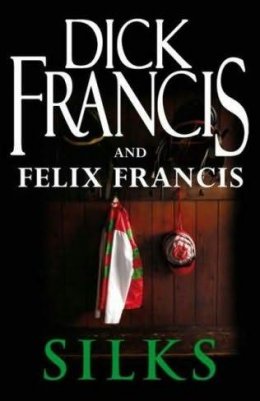