Author: Hans Lahlum
A gripping, evocative, and ingenious mystery which pays homage to Agatha Christie, Satellite People is the second Norwegian mystery in Hans Olav Lahlum's series. Oslo, 1969: When a wealthy man collapses and dies during a dinner party, Norwegian Police Inspector Kolbjorn Kristiansen, known as K2, is left shaken. For the victim, Magdalon Schelderup, a multimillionaire businessman and former resistance fighter, had contacted him only the day before, fearing for his life. It soon becomes clear that every one of Schelderup's 10 dinner guests is a suspect in the case. The businessman was disliked, even despised, by many of those close to him; and his recently revised will may have set events in motion. But which of the guests – from his current and former wives and three children to his attractive secretary and old cohorts in the resistance – had the greatest motive for murder? With the inestimable help of Patricia – a brilliant, acerbic young woman who lives an isolated life at home, in her wheelchair – K2 begins to untangle the lies and deceit within each of the guests' testimonies. But as the investigators receive one mysterious letter after another warning of further deaths, K2 realizes he must race to uncover the killer, before they strike again.
Read online or download ebook
Found an error? 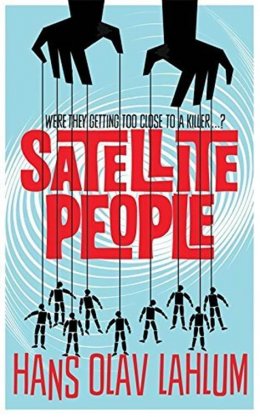