Author: Arthur Train
Thoroughly delightful book about the goings-on in a law firm around 1920. Wryly humorous, at times full of wise discourse on the law and humanity, it is a far, far cry from Train's other books. Not a twinge of his preacherly manner. A real precursor to Perry Mason, or Poirot, complete with its Miss Wiggins (Della Street and Miss Lemon), Willie the office boy, and Bonnie Doon, the gumshoe of the outfit. Copmprised of seven short stories, the first two being murder cases, in which Mr.Tutt gets the murderer off in such a way that we agree with him. Of course, in the second instance, the murderer was promptly shot himself. But in the first, he was definitely guilty. There are a whole series of these books which were quite popular in their day, and I can see why. The courts in those times seem to have been much more lax in their procedures than nowadays.
Read online or download ebook
Found an error? 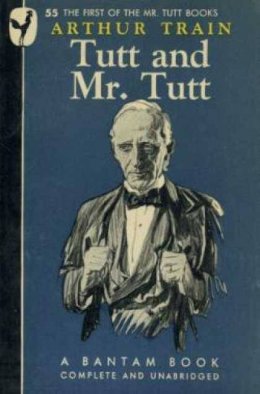