Author: Emily Littlejohn
"A sure bet for one of the finest debut novels of the year." – Deborah Crombie Secrets and lies can't stay buried forever in Cedar Valley. In the summer, hikers and campers pack the small Colorado town's meadows and fields. And in the winter, skiers and snowboarders take over the mountains. Season by season, year after year, time passes and the lies, like the aspens and evergreens that surround the town, take root and spread deep. Now, someone has uncovered the lies, and it is his murder that continues a chain of events that began almost forty years ago. Detective Gemma Monroe's investigation takes her from the seedy grounds of a traveling circus to the powerful homes of those who would control Cedar Valley's future. Six-months pregnant, with a partner she can't trust and colleagues who know more than they're saying, Gemma tracks a killer who will stop at nothing to keep those secrets buried. Beautifully written with a riveting plot and a richly drawn cast of characters, Inherit the Bones is a mesmerizing debut from Emily Littlejohn.
Read online or download ebook
Found an error? 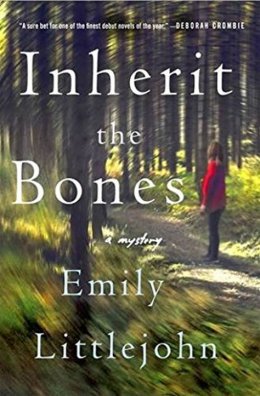