Author: Donald Westlake
In his classic caper novels, Donald E. Westlake turns the world of crime and criminals upside down. The bad get better, the good slide a bit, and Lord help anyone caught between a thief named John Dortmunder and the current object of his intentions. Now Westlake's seasoned but often scoreless crook must take on an impossible crime, one he doesn't want and doesn't believe in. But a little blackmail goes a long way in… WHAT'S SO FUNNY? All it takes is a few underhanded moves by a tough ex-cop named Eppick to pull Dortmunder into a game he never wanted to play. With no choice, he musters his always-game gang and they set out on a perilous treasure hunt for a long-lost gold and jewel-studded chess set once intended as a birthday gift for the last Romanov czar, which unfortunately reached Russia after that party was over. From the moment Dortmunder reaches for his first pawn, he faces insurmountable odds. The purloined past of this precious set is destined to confound any strategy he finds on the board. Success is not inevitable with John Dortmunder leading the attack, but he's nothing if not persistent, and some gambit or other might just stumble into a winning move.
Read online or download ebook
Found an error? 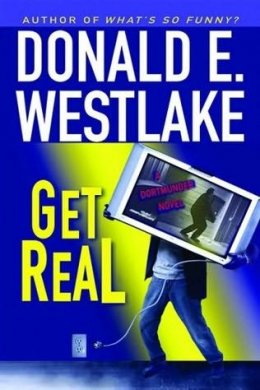