Author: The Medieval Murderers
Carmarthen, 1199 – A sudden snowstorm in late December means that two parties of travellers are forced to abandon their journeys and take refuge in the bustling market town of Carmarthen. Unfortunately, the two groups – one representing the Archbishop of Canterbury and one comprising canons from St David's Cathedral – are bitter opponents in a dispute that has been raging for several months. When an enigmatic stranger appears, and requests permission to stage a play, which he claims will alleviate tensions and engender an atmosphere of seasonal harmony, the castle's constable, Sir Symon Cole, refuses on the grounds that encouraging large gatherings of angry people is likely to end in trouble, but his wife Gwenllian urges him to reconsider. At first, it appears she is right, and differences of opinions and resentments do seem to have been forgotten in the sudden anticipation of what promises to be some unique entertainment. Unfortunately, one of the Archbishop's envoys – the one chosen to play the role of Cain – dies inexplicably on the eve of the performance, and there is another 'accident' at the castle, which claims the life of a mason. Throughout the ages, the play is performed in many guises, but each time bad luck seems to follow after all those involved in its production.
Read online or download ebook
Found an error? 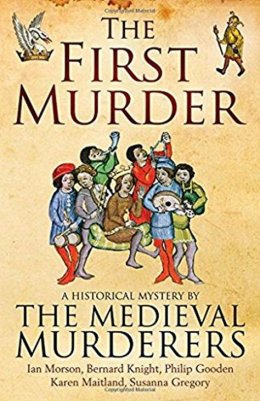