Author: The Medieval Murderers
The anthology centres around a piece of the True Cross, allegedly stained with the blood of Christ, which falls into the hands of Geoffrey Mappestone in 1100, at the end of the First Crusade. The relic is said to be cursed and, after three inexplicable deaths, it finds its way to England in the hands of a thief. After several decades, the relic appears in Devon, where it becomes part of a story by Bernard Knight, set in the 12th century and involving his protagonist, Crowner John. Next, it appears in a story by Ian Morson, solved by his character, the Oxford academic Falconer, and then it migrates back to Devon to encounter Sir Baldwin (Michael Jecks). Eventually, it arrives in Cambridge, in the middle of a contentious debate about Holy Blood relics that really did rage in the 1350s, where it meets Matthew Bartholomew and Brother Michael (Susanna Gregory). Finally, it's despatched to London, where it falls into the hands of Elizabethan players and where Philip Gooden's Nick Revill will determine its ultimate fate.
Read online or download ebook
Found an error? 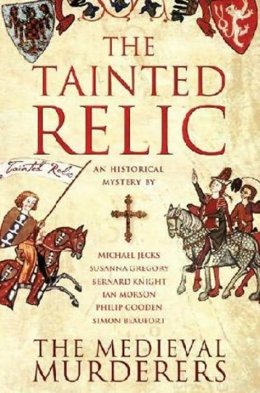