Author: The Medieval Murderers
1191. During excavation work at Glastonbury Abbey, an ancient leaden cross is discovered buried several feet below the ground. Inscribed on the cross are the words: Hic iacet sepultus inclitus rex arturius in insula avalonia. Here lies buried the renowned King Arthur in the Isle of Avalon. Beneath the cross, the labourers uncover a male and a female skeleton. Could these really be the remains of the legendary King Arthur and his queen, Guinevere? As the monks debate the implications of this extraordinary discovery, the bones disappear – spirited away by the mysterious Guardians, determined to keep King Arthur's remains safe until, it is believed, he will return in the hour of his country's greatest need. Over the following centuries, many famous historical figures including King Edward I, Shakespeare and even Napolean become entangled in the remarkable story of the fabled bones.
Read online or download ebook
Found an error? 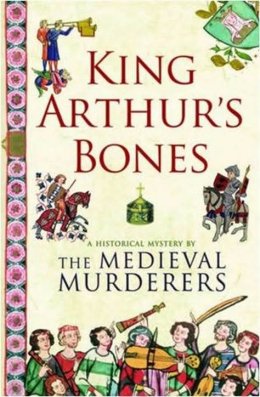