The Last Confession of Thomas Hawkins

Author: Antonia Hodgson
"Tom Hawkins is one of the best protagonists to come along in years. Magnificent!" – Jeffery Deaver "A terrific historical thriller." – Missourian "As good as her stellar debut… Pitch-perfect suspense." – Publishers Weekly, starred review London, 1728. Tom Hawkins is headed to the gallows, accused of murder. Gentlemen don't hang and Tom's damned if he'll be the first – he is innocent, after all. It's hard to say when Tom's troubles began. He was happily living in sin with his beloved – though their neighbors weren't happy about that. He probably shouldn't have told London's great criminal mastermind that he was in need of adventure. Nor should he have joined the king's mistress in her fight against her vindictive husband. And he definitely shouldn't have trusted the calculating Queen Caroline. She's promised him a royal pardon if he holds his tongue, but there's nothing more silent than a hanged man. Now Tom's scrambling to save his life and protect those he loves. But as the noose tightens, his time is running out.
Read online or download ebook
Found an error? 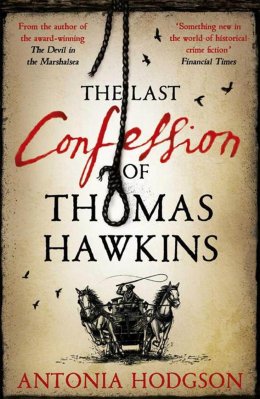